TOP PLACES TO VISIT IN TIRANA! 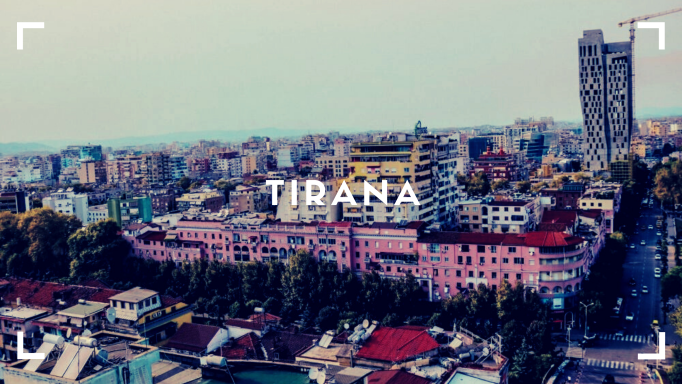 The “BUNK’ART” project started in November 2014, with the opening to the public of BUNK’ART 1, the museum video exhibition set up inside the atomic bunker of dictator Enver Hoxha on the outskirts of Tirana and continued with the opening on November 19, 2016 of BUNK ‘ART 2 in the center of the capital. While BUNK’ART 1 is dedicated to the history of the Albanian communist army and the daily life of Albanians during the years of the regime. The creator and general curator of the BUNK’ART project is the Italian journalist Carlo Bollino, while the historical research staff is led by the journalist Admirina Peçi. 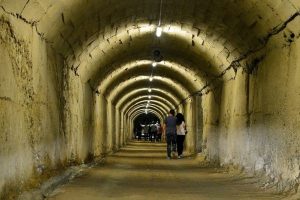 It was inaugurated on October 28, 1981 and is the largest museum institution in Albania. There are about 4750 objects in the museum, which belong to a relatively long period of time starting from the IV millennium BC until the second half of the XX century. The National Historical Museum aims to promote understanding and appreciation of the history of Albania to the local, national and international public and to encourage dialogue between citizens on the Albanian past, present and future. It also enables activities that support his vision and mission

The House of Leaves

The House of Leaves is the newest open museum in Albania, and probably the most intriguing. The leaves have the meaning of hidden things that the public did not know in that regime. The house of leaves was built in 1931 and initially functioned as a clinic. During World War II it was used by the State Security for investigations. In January 2015 the idea to transform this house into a museum was presented to the public. It is located in the heart of the city, in front of the Orthodox Church and near the National Bank of Albania. The museum has been open to the public since May 23, 2017.

Skenderbej Square and boulevard is a square in the center of Tirana and is approximately 40,000 m the largest square in Albania. It got this name in 1968 when the monument to Skanderbeg on horseback was placed next to it, replacing the statue of Stalin. The square is surrounded by the Palace of Culture, Hotel Tirana, the National Museum and the Bank of Albania.

The New Bazaar is a neighborhood in Tirana, Albania. The name of the neighborhood stems from the groceries marketplace which is situated in the area. It is located east of the central boulevard. It is part of the Old Town of Tirana and is one of the oldest areas of the city. The old historic Kokonozi Mosque of Ottoman times is situated here. Many colorful buildings, restaurants and bakeries are surrounded. Recently, there have been a growing interest in making the Bazaar a touristic attraction. However, in 2017, the bazaar was renovated and reconstructed. New Bazaar was built, before the reconstruction of 2016, in 1931 at the same place where the historic Old Bazaar was built, the latter extending up to present day Skanderbeg Square.

Dajti National Park is the closest mountain to the city, only 25 km east of Tirana (1611 meters high). A trip there is one of the most favorite tourist activities in Tirana. It takes 20 minutes by car or bus from the center of Tirana to the cable car station. Then you take the Cable Car to experience a wonderful adventure. An impressive and enjoyable trip worth the look it offers. For 13 minutes ride you can climb to the top of the mountain from where you will see a panoramic view of the city, villages, forests, bunkers, houses and all the surroundings. It is a perfect place to relax and breathe fresh air and away from the noise of Tirana. You can go to restaurants, enjoy delicious food, or stay in the park for a picnic with friends or family. This Park is attractive throughout the seasons, but mainly in summer, for the freshness it offers and in winter when the mountain is covered by snow.

Days out with us are about living life adventurously, having fun with friends and family and exploring the great outdoors. The adventure park is located just a short walk from the Dajti Ekspres complex. Surrounded by forest with a rich variety of plants and trees, our site is the perfect setting for a great day out. The adventure park has a mixture of courses to suit both adults and children aged 5 years and above. The courses range from easy to difficult with each course including a variety of obstacles including nets, ropes and zip lines. Adult courses go up to 10 meters high making it a challenging experience for even the most adventurous visitors! 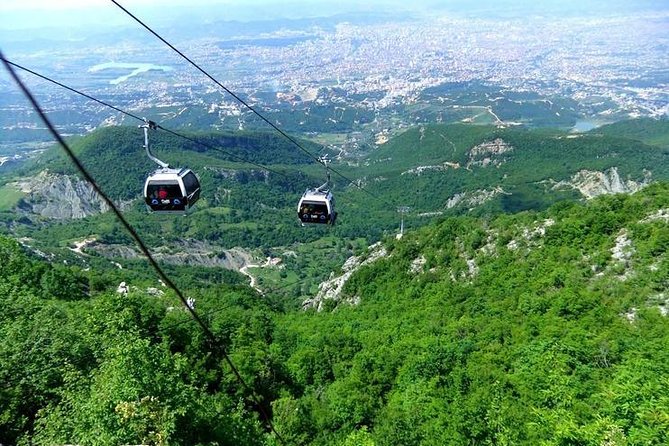 The cable car is the first work of its kind for our country. The construction of the cable car has given a new dimension not only to the connection and communication but also to civic life. In itself this investment is a symbol of shortening distances. Dajtit Ekspres is a very unique work, not only from the fact that it is the first investment of its kind in the field of tourism, recreation, nature protection and biodiversity, but also from the fact that as an air route, for transport of people it has the specifics own. This is not only due to the complexity of the machinery and components, but also to the way the upper and lower stations, the support towers, are dimensioned, which are subjected to large tensile, bending and compressive forces.

This castle is located in the historic center of the city of Tirana, in one of its most frequented areas. It represents a field fortification with a rectangular plan 160 x 120m with the longest part east – west. During the excavations carried out in 2001 and 2008, it is thought that the castle belongs to one of the fortifications built or rebuilt by Emperor Justinian in New Epirus (Durrës province) in the 15th century. IV – VI of our era. Part of the surrounding walls that are seen today on the ground belong to the constructions of the last centuries, which were built by Ahmet Pasha Bargjini in the second half of the century. XVIII on the ruins of the old castle. In 1798 it fell into the hands of the Toptani family from Kruja. During this period the castle became the object of many years of war between the Toptanas and the Bushatllinj rulers of Shkodra. Today, part of the northern wall and tracts on its southern side are preserved, which nicely intertwines with the surrounding infrastructure. Within the walls of the castle of Tirana, a new pedestrian area has recently been created, transformed into a recreational space for the capital. This space serves as an environment where artisans and local traditions, cuisine and art of Tirana are promoted.