SARANDA, A WONDERFUL CITY IN ALBANIA 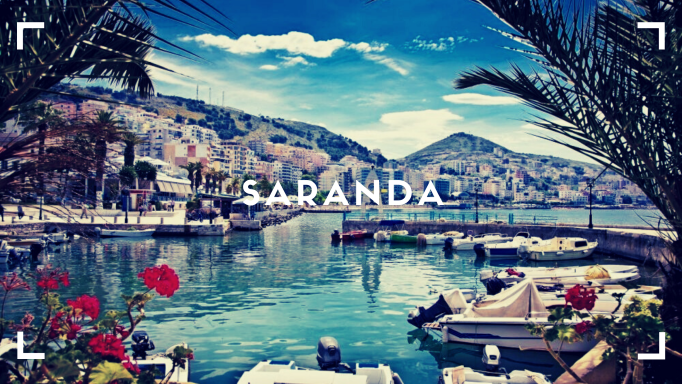 The city is located on an open sea gulf of the Ionian Sea within the Mediterranean Sea. Stretching along the Albanian Ionian Sea Coast, Saranda typically has over 300 sunny days a year and is about 14 km (8.7 mi) east of the island of Corfu. The city is known for its blue deep waters. Near Sarandë are the remains of the ancient city of Butrint, a UNESCO World Heritage site. In recent years, Saranda has seen increase in tourists. Visitors are attracted by the natural environment of Saranda and its archaeological sites.

The “Blue Eye” is a water spring and natural phenomenon occurring near the village of Muzinë in Finiq municipality, southern Albania. A popular tourist attraction, the clear blue water of the river can be seen from a depth of more than fifty metres. Divers have descended to fifty metres, but it is still unclear what the actual depth of the karst hole is.This phenomenon is also known as ‘springs of Bistricë’ as it is the initial water source of Bistricë river, 25 km long, which ends in the Ionian Sea south of Sarandë. The source stands at an altitude of 152 m and has a discharge rate of 18400 l/s. The immediate area 1.8 km2 (0.69 sq mi) is a Nature Monument and is characterized by oak and sycamore trees. In summer 2004, the source was temporarily dried up.

The Butrint National Park is a national park in southern Albania, located 18 kilometres (11 mi) south of Sarandë in Vlorë County. The Park encompasses 9,424 hectares (94.24 km2) of hilly terrain with freshwater lakes, wetlands, salt marshes, open plains, reed beds and islands. The park’s significance for conservation is reflected in the large number of species with over 1,200 different animals and plants. Its mandate includes the protection of the lake and lagoon of Butrint, the natural channel of Vivari, the islands of Ksamil and as well the archaeological site, that provides valuable remains of ancient civilisations. Butrint is strategically located in the eastern part of the Strait of Corfu in the extreme south of the country. It sprawls across a peninsula that is surrounded by Lake Butrint and Vivari Channel. The channel connects the lake to the Ionian Sea through a narrow sandy bar. Located in the direct proximity to the sea, the park experiences mild Mediterranean climate. This means that the winters are mild and the summers are hot and dry.The archaeological heritage of Butrint is one of the most important archaeological sites in the country, containing different artefacts and structures, dating from the Iron Age up until the Middle Ages. Numerous monuments are still extant including the city walls, a late-antique baptistery, a great basilica, Roman theatre and two castles. The ancient city is situated within a natural woodland with a complex ecosystem which depends on the nearby lake and channel. Nevertheless, it is this combination of cultural monuments and natural environment which makes Butrint such a unique place. The International Union for Conservation of Nature (IUCN) has listed the park as Category II. In 1992, the archaeological site joined the UNESCO list of World Heritage Sites. The lagoon has been further recognized as a wetland of international importance by designation under the Ramsar Convention. Nevertheless, Lake Butrint is an Important Bird and Plant Area, because it abundant to significant bird and plant species of international importance.

Phoenice or Phoenike was an ancient Greek city in Epirus and capital of the Chaonians. It was also the location of the Treaty of Phoenice which ended the First Macedonian War, as well as one of the wealthiest cities in Epirus until the Roman conquest. During the early Byzantine period, Phoenice was the see of a bishopric. The city is an archaeological park of Albania and is located on a hill above a modern town which bears the same name, Finiq, in modern southern Albania. 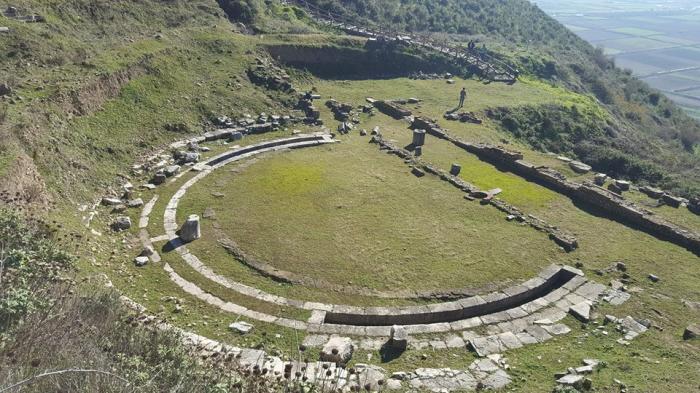 There were at least 16 toponyms throughout the Ancient Greek world sharing the root Phoinik; from Epirus to Lycia. The toponym is of Pre-Indo-European. It may refer to the ethnonym of a Pre-Indo-European people which lived in the region when ancient Greek tribes arrived in the area. From the second half of the 5th century BC, an acropolis was erected, which hosted a number of public buildings, while at the end of the next century the fortifications of the city were expanded as part of Pyrrhus’s, leader of united Epirus, defensive strategy. The patron god of the city was probably Athena Polias. The walls of Phoenice consisted of massive blocks up to 3.60 meters thick, the Chaonians’ primary concern being to defend the city against Corcyraeans or Illyrian raiders. In circa 233 BC, Queen Deidamia II, the last member of the Aeacid ruling dynasty, was assassinated, the monarchy was abolished in Epirus, and the city became the center of the federal government of the Epirote League. Location of Phoenice in antiquity. In 231 BC, an Illyrian army of Queen Teuta, returning north from a raid in the Peloponnese, captured Phoenice after the town was surrendered by the 800 Gaulish mercenary garrisonAfter the Roman conquest (167 BC), the region of Epirus was devastated except for the pro-Roman supporters in Chaonia. During the following centuries, Phoenice and nearby Antigoneia did not reveal strong traces of Roman presence. In the early Byzantine era, Emperor Justinian I (r. 527–565) constructed fortifications on a hill adjacent to Phoenice.