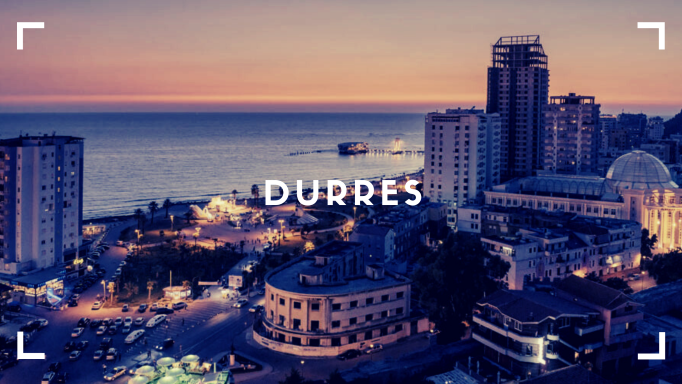 Durrës Castle (Albanian: Kalaja e Durrësit) is the fortified old city of Durrës, Albania. It is enclosed by city walls built in the late 5th century, and repaired and reinforced in the Middle Ages and early modern periods. The castle was built by the Byzantine Emperor Anastasius I (r. 491–518), who came from Durrës (ancient Dyrrhachium). At the time, Anastasius made the city one of the most fortified cities on the Adriatic. The castle was reinforced with several guard towers by the Republic of Venice and during the period of rule in Albania by the Ottoman Empire the wall was reinforced. On 7 April 1939, Albanian patriots fought the Italian invasion of Albania. Armed only with small arms and three machine guns, they succeeded in keeping the Italians at bay for several hours until a large number of light tanks disembarked from the latter’s naval vessels. After that, resistance diminished and within five hours the Italian forces had captured the entire city

The Durrës Archaeological Museum Albania, established in 1951, is the largest archaeological museum in the country. The museum is located near the beach and north of the museum are the 6th-century Byzantine walls, constructed after the Visigoth invasion of 481. The 1997 rebellion in Albania saw the museum seriously damaged and looted. In 2010, the Durrës Archaeological Museum is expected to undergo a total reconstruction. Despite the importance of archaeological objects, the museum is not an independent institution and is operated by the Regional Directorate of Durrës Monuments. The museum was reopened by prime minister Edi Rama on March 20, 2015 after 4 years of closure.  The museum is open from 9 am to 3 pm every day of the week, except Monday.

The Beach of Durrës is the biggest and most visited beach in Albania. It lines the seafront of the city of Durrës and is about 10.5 kilometres (6.5 mi) long. A number of notable Hotels overlook the beach. This destination is popular with people from  Albania, Kosovo and North Macedonia. It is also a popular summer and weekend destination for the people of Tirana and Durrës.

The Amphitheatre of Durrës is a Roman Amphitheatre in the center of the city of Durrës, Albania. Construction began under the emperor Trajan in the 2nd century AD and it was destroyed twice by earthquakes in the 6th and 10th centuries. It is the largest Amphitheatre ever built in the Balkan Peninsula with once having a capacity of 20,000 people. It was discovered in late 1966 and has become a popular tourist attraction. It was used for performances until the 4th century AD. A medieval chapel was built in the 13th century, also decorated with frescoes. It is built on a slope of the hill, and inside the Amphitheatre there are staircases and galleries at different levels. The chapel with mosaics is preserved. The site currently functions as a museum 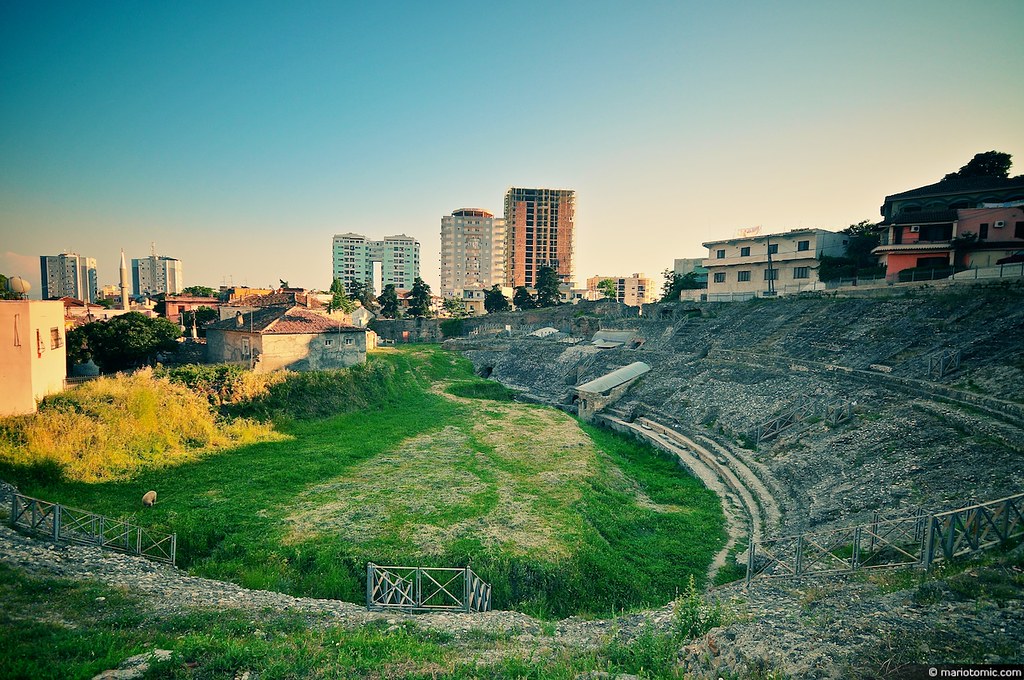